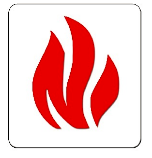 We offer many services relating to Fire detection. 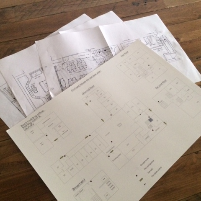 BS5839 is the British standard covering the design, installation and commissioning of fire detection and fire alarm systems for buildings. The standard has several parts associated with it. Part 1 is a code of practice covering systems in non-domestic premises. Part 6 covers systems in domestic premises.

At 1066 we can design, install and commission alarms according to both part 1 and part 6 of the standard. Certification is provided for all three of these stages as required by the standard. Following an initial consultation a quotation can be provided giving a brief design proposal of the intended system. On acceptance of the quotation and proposal, a full design specification including a CAD plan drawing, showing all device and cable locations of each system is provided. This can be produced from existing drawings or created from scratch if they are not available.

Typically there are two types of system. Conventional systems are installed so that each zone of the fire alarm has devices wired in a line with end of line resistors installed on the last device. They are ideal for smaller installations and are generally the cheaper options of the two. Conventional systems are limited to the number of zones that the panel has installed and typically come as 2 zone, 4 zone or 8 zone panels. Addressable systems have devices installed on a loop around the building, returning back to the panel. Each individual detector, sounder or call point has its own address so that the panel knows which device has been triggered. Addressable panels can be programmed so that there are many zones, making them more suitable for larger premises.

The Regulatory Reform (Fire Safety) Order 2005 states that all fire detection equipment must be regularly tested and serviced for premises such as factories, residential care homes and HMO's (homes of multiple occupancy). It is a requirement to have certification of testing for all HMO's in order to be granted a licence.

At 1066 Fire & Security we can provide quarterly, bi-annual and annual servicing depending on the premises the system is installed. The frequency is determined by a fire risk assessment. Certification is provided for all visits. 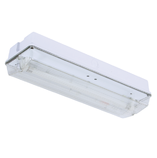 Emergency lighting is essential in the event of power failure during a fire for commercial and multi residential premises. At 1066 Fire & Security we provide regular discharge testing to ensure lighting is working correctly and that all back up batteries are holding sufficient charge to provide essential illumination of exit routes. Certification is provided with all testing. 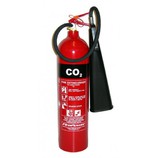 Fire extinguishers are a necessary requirement in various forms of premises. Type of extinguisher, locations and signage are all covered under BS5306 and should be indentified during a fire risk assessment. All extinguishers should be regularly serviced by a competent person.

We can help to ensure that the correct extinguishers are installed in the correct locations and serviced to ensure good working or should they become required.

Fluorescent and illiuminated emergency exit signage is an important factor in evacuation of premises subjected to fire. The correct signage allows for quick safe evacuation to all persons. Contact us to see how we can help you.